In the past twenty years a significant change has taken place in the character and definition of museums as cultural institutions, which feature prominently in museological discourse. Within the different approaches to these changes there is generally reference to the museum's relationship with the community, and its perception as a building in the urban space, or in other words: the museum's social and physical roles.

From a physical aspect, which is more obvious, architectural changes have turned museums into iconic buildings in the urban space, thus replacing the magnificent city cathedrals. This process is continuing to produce unique, flamboyant, one-of-a-kind buildings signed by the greatest architects. An example of this is the innovative, industrialized, deconstructivist Guggenheim Museum Bilbao building in Spain, designed by Frank Gehry and established in 1997, which branded the sleepy port city and transformed it into a popular tourist destination.

Susanna Sirefman, a veteran architecture researcher, contends that 'the very notion of a museum embodies physicality', and calls contemporary museums "posturban museums". According to her, 'no other building typology represents such intricate complexities or a multiplicity of functions as does that of the museum […] Posturban museum architecture revolves around fresh rituals and contemporary myths – those of site fragmentation, scale, technology, programmatic flexibility and cross-cultural connections [….] A building that aspires to cultural significance is one that takes risks […] Posturban museum architecture cannot simply be a container […] the successful contemporary posturban museum should demonstrate a strong symbiotic relationship not only with its contents, but with its context – the city'[1].

On the other hand, developing alongside the flamboyant, pompous architecture is also a social trend whose origins can be found in economic changes. These changes, which are manifested in reduced government support for museums and the search for additional funding sources, compelled museums to employ new measures in order to ensure their continued existence. One such measure is forging a stronger relationship with the local community, not only the "convinced community", regular visitors to the museum. According to the stricter social approaches, museums play an important and decisive role in community building, and this value should be expressed in their infrastructure, and their basic perception and definition, not only in one-time programs specifically funded by various changing bodies. The museum plays a decisive role in creating a community, and it is first and foremost a public meeting place, one of the places every person needs in addition to his home and workplace[2].

[The museum as a public meeting place: A fair held in the entrance courtyard to Design Museum Holon as part of Holon Design Week 2012]

However, it could be argued that these two trends clash with one another, which raises the question: Does the visual change undergone by museums not run counter to the ability to build and become involved in a community? Buildings that appear foreign to the local cityscape do not necessarily invite a new audience, and are liable to actually create alienation and exclusion – something museums have tended to do throughout the years. Moreover, do the considerable funds invested in the building itself not come at the expense of social objectives? These two conflicting trends pose a big challenge for contemporary museums, cast their future into doubt, and inspire researchers and curators to explore new ways for improving the future of museums.

Dr. James M. Bradburne, former director general of Palazzo Strozzi Foundation in Florence, Italy, is concerned about the future of museums, as stated in an article published in 2012. According to him, it is not clear where the much needed revenue for museums that fail to compete in the market they have been forced into, should come from. Studies show that the number of museum visitors has significantly declined in recent decades, and that museums are perceived as boring and conservative – a prevalent argument with which Bradburne tends to agree. This has compelled museums to become excessively commercial, mounting huge, blockbusting exhibitions or events that do not contribute to the formation of a regular, loyal audience over time. According to Bradburne, museums must stop being tourist destinations, and go back to being incubators for education[3].

These changes, coupled with the declining number of visitors, raise numerous questions concerning the role of museums in an era of reality shows and shopping centers, an era in which knowledge is accessible everywhere and all the time and no effort is required to obtain it. Does the role of the museum really need to change in light of changes in our way of life? Is it no longer enough to present beautiful exhibitions of original works in spacious spaces? How can the values of the museum be made accessible to the general public, remain unchanged, and still have the ability to educate?

These are broad questions, and in the coming years researchers and curators will no doubt continue engaging with them, and with the question of whether attracting more and more visitors is the only way to forge a relationship between the museum and the public; and perhaps the role of museums now is to invest resources in disseminating their influence beyond their tangible physical space.

At this year's annual Jerusalem Conference on the Digitisation of Cultural Heritage several interesting examples were raised in this respect, and constitute points to ponder concerning the values of museums and museal displays in an era of unlimited virtual spaces. One such example was the Creative Museum Project whose aim is to create a discourse and form collaborations between culture institutions and various communities around technological innovation and developing creativity. By means of workshops, events, and conferences, the museums participating in the project brand themselves as spaces that inspire creativity. Another example representing the change in attitude to the exchange of knowledge between museums is the Rijksmuseum's new website which provides an opportunity to not only explore the collection, but also to directly download and even edit high-resolution images, all free of charge.

[Footage of one of the activities in the Creative Museum Project]

Another subject that was raised at the conference, and which museum workers need to address, is the texts accompanying exhibitions. Walls covered in written words, even if the content is interesting, are less attractive nowadays. An exhibition entitled The Mechanics of Wonder, curated in Moscow by Elena Voltsinger in March 2014, presented technical elements from the popular opening events of the Winter Olympic Games in a huge hangar. Not only did the exhibits not appear particularly interesting at first glance, they were displayed without any accompanying text. Visitors to the exhibition, who due to the subject were particularly diverse, could choose which digital platform they wanted to use to receive content: touch screen, app, or QR code scans. The text's presentation by means of diverse digital means, which also constituted an experiment for the curator, enhanced the visit to the exhibition and enabled a non-coercive adaptation of the content provision mode to different types of visitors.

[Exhibition space of The Mechanics of Wonder, March, 2014, Moscow]

In my view there is a problematic contradiction between the new interests of contemporary museums, and one comes at the expense of the other: innovative architecture creates foreignness that constitutes an obstacle in the attempt to communicate the museum to the local community and increase the number of visitors in order to assure its continued existence. A museal space that is "too" different from the local cityscape also embodies alienation, which is liable to be manifested in scant contribution to the community and one-time visitors. Perhaps museums need to channel their resources towards creating additional spaces beyond the museum building itself – physical spaces outside its walls, intellectual spaces engaging not only in presenting exhibitions, but especially virtual spaces whose great advantage is that they have no borders and are accessible to everyone. 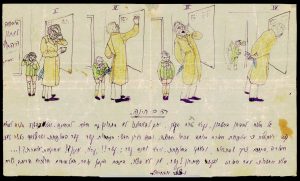